It was in the news: Coca-Cola Company was under fire. For starters, Coke was missing a strong message for sustainable practices. But there was something more going on. Coca-Cola’s market share was dropping. Their relationships were suffering from the inside and out. Their employees, their customers, their bottlers, and their vendors were disconnected from the company’s mission.

The Challenge: Coke had stopped growing

Coca-Cola, one of the most successful companies in history, was missing a strategy for growth. Inappropriately, bottlers were managing resources. When pressed, employees were having difficulty understanding their roles at the company. Company-wide, morale was spiraling downward.

The Solution: Building a culture of collaboration, growth, and sustainability

Coca-Cola management realized they had to do something very big to uncover what was going wrong. They knew they had to re-build the company. But how? Coca-Cola reoriented themselves to growth and sustainability by promoting a shift in their culture.

1st step: Diagnose the current state of the organization

Coca-Cola partnered with McKinsey to help analyze the current state of the company and create a manifesto for growth. They collected reams of information on every aspect of the company, from culture to strategy.

2nd step: Use graphic facilitation to enable leaders to visualize the data and use it to rebuild the culture

Now that the information was collected, a snapshot was needed to help leaders peer into the Coca-Cola mirror so they could see what was happening, better define company relationships, rebuild the culture, and re-inspire the brand.  Coca-Cola hired IDEA360 Graphic Facilitators to help McKinsey unpack the data and coalesce ideas into a visual story that would illuminate the current state and inspire important Aha! moments — breakthrough realizations — on the way to forging a Manifesto for Growth that would inspire the necessary shift in the company culture.

IDEA360 created six 4’ x 8’ graphic maps to capture this visual story and begin the Coca-Cola change journey. These maps were used as tools throughout the two-year change process to communicate the thoughts, needs, and ideas of Coca-Cola employees. They fueled and focused conversations within the company, allowing leadership and the employees to step away, evaluate, and then see the big picture. Responding to the visuals, employees were then able to work toward solutions. 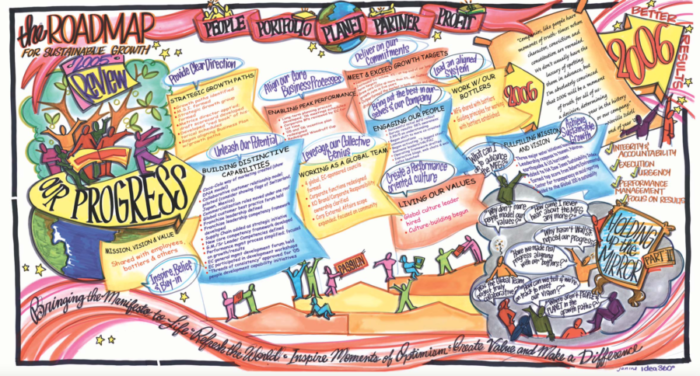 The IDEA360 maps revealed the big picture to Coca-Cola, helping build their Manifesto for Growth, which produced a new emotional and logistic framework of the company and a way to fulfill the mission and vision of the organization.

As a result of this visual and human-centered organizational change process, Coca-Cola took a loosely affiliated group of executives and employees and turned them into one cohesive global team, rallied around a clear vision for sustainable growth. They identified and filled talent gaps at the executive level and built a culture of modeling the leadership behaviors they wanted to see across the organization. They stopped losing high-caliber employees. They reinvested in the organization and its people, integrating marketing, strategy, and innovation.

Two years later, Coca-Cola won the Strategic HR Leadership Award from the Society for Human Resource Management (SHRM): “The Coca-Cola Company, Atlanta, Ga., for its “Manifesto for Growth.” The Coca-Cola Company’s 71,000 employees embarked on a journey inspired by the desire for sustainable growth. Manifesto is the company’s strategic initiative to reinvent itself and reinvigorate growth through the partnership of senior leaders, human resources, and aligning and leveraging the power of their global network.” 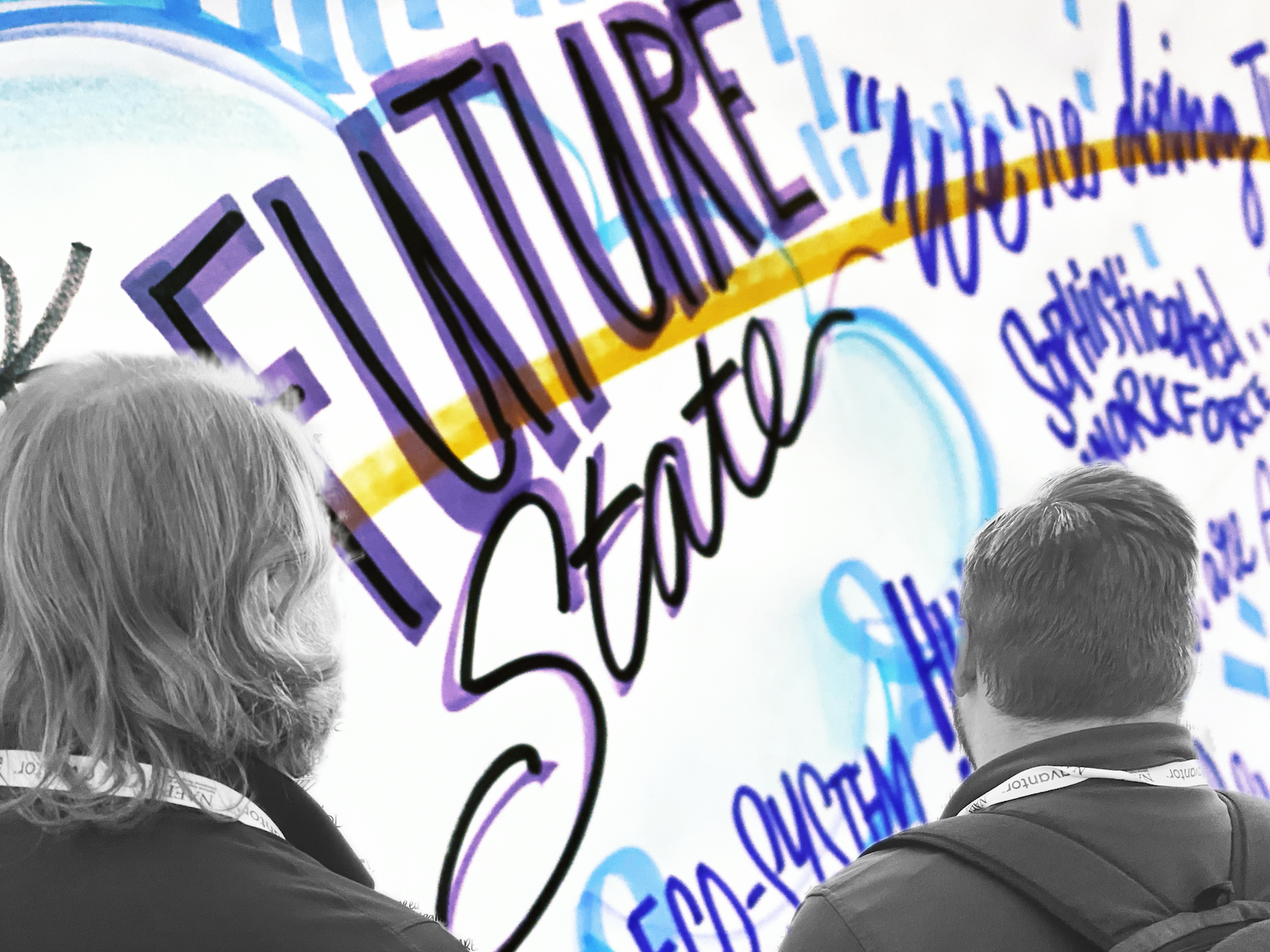 We all know how important strategic planning is. It gives your team direction and identifies your directional priorities and goals. But how many times have 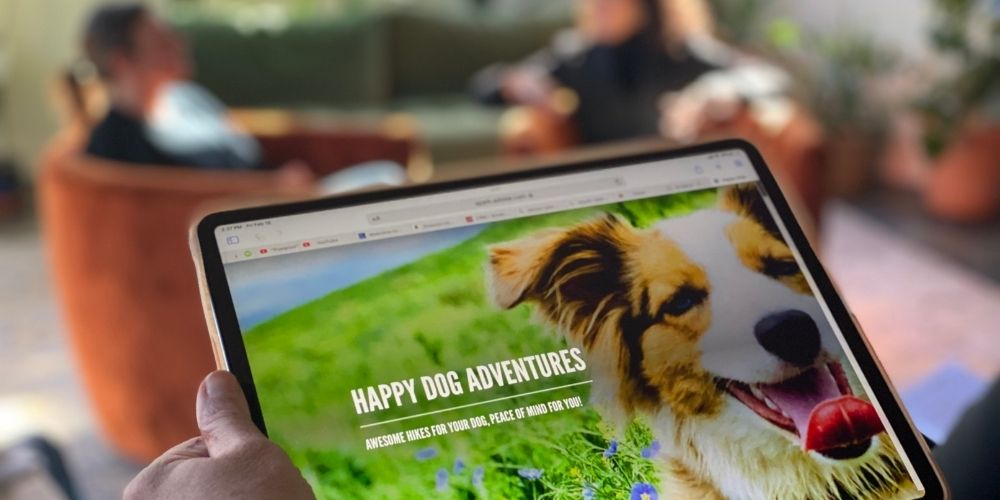 Your Evolution Story Helps Entrepreneur Share and Achieve Her Dreams

Anya Jane didn’t expect to build a business taking dogs on off-leash adventures. She was literally a rock star musician with 2 kids and 2 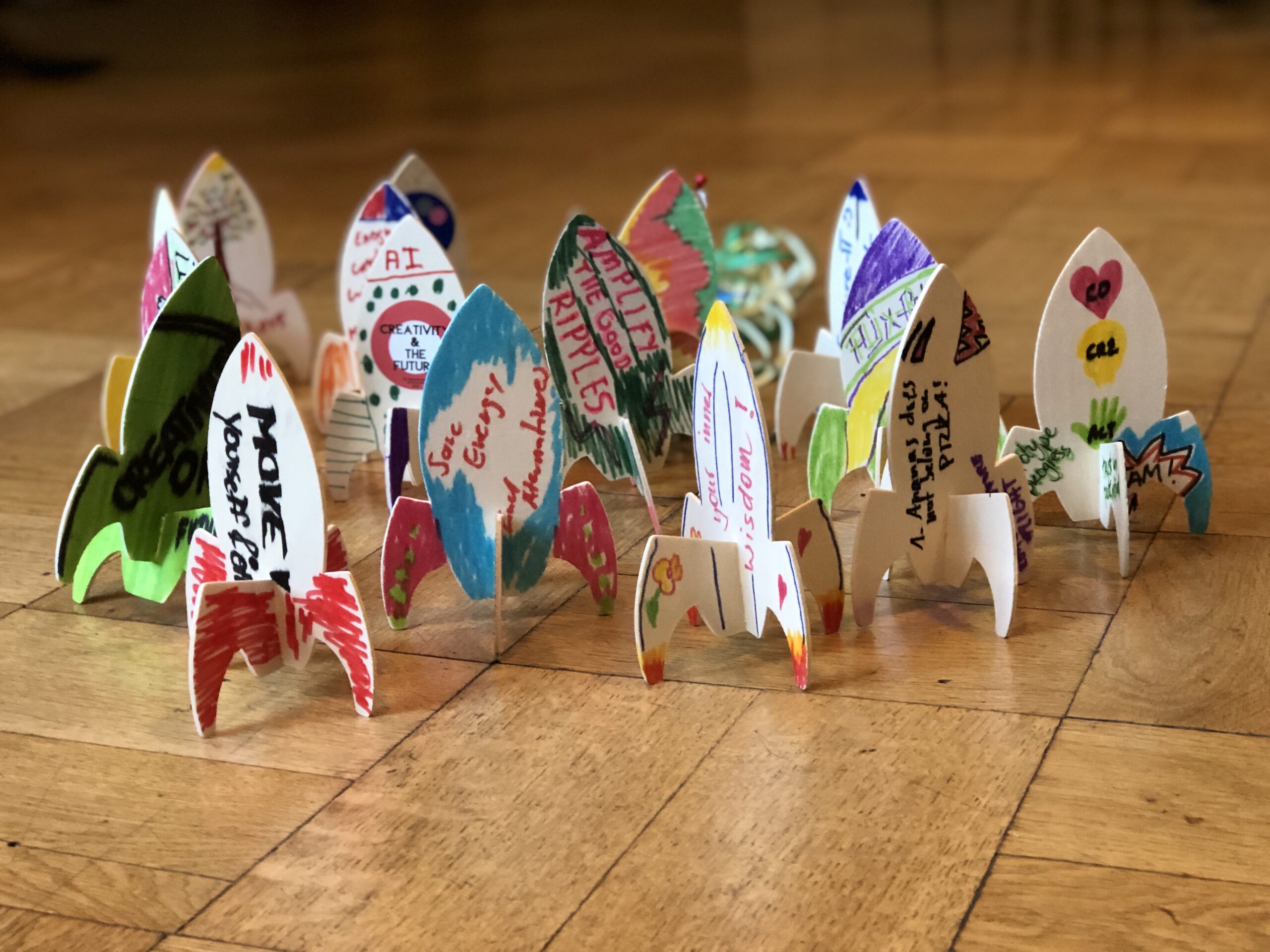 Turn the Great Resignation into The Great Reengagement

We’ve been watching The Great Resignation with consternation. Every organization we work with is talking about how to retain their talent, and every individual we

This Denver-based consulting business brings visual learning and the facilitated process together to activate creative business and community strategies that engage the individual along with the entire system.

Powered By: Your Digital Ubiquity LLC